KALAMAZOO, Mich., Sept. 3, 2021 /PRNewswire/ — TrueSleep Mattress Store is giving a free Mattress if Michigan State wins the Football Championship, True Sleep will refund any mattress purchase from September. To cover any losses, Dennis Gartland president of TrueSleep has placed wagers at Circa Sports Book in Las  Vegas on Michigan State to win that pays out over $300,000 and is wanting to make more wagers. Customers must purchase a mattress from Sept 1st October 3rd 2021 to qualify. TrueSleep operates 7 mattress and bedding stores in Michigan. 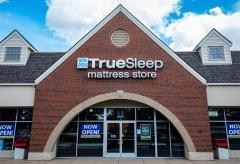 In February, Mattress Mack of Houston, Texas ran a similar promotion on the Super Bowl and customers won millions in free mattresses.

«We are placing the bets because if a local team gets in the championship, of course we want to be rooting for the hometown team,» says Dennis Gartland, President of TrueSleep.

To make the deal sweeter,  if any of the major sport teams win the World Series, NBA Playoffs, Stanley Cup, Super Bowl or College Football Championship, everyone who buys a mattress and a Malouf mattress protector will receive a set of Malouf 600 thread count sheets to match their mattress. Malouf is helping TrueSleep make the promotion possible. Malouf is an artisan bedding manufacturer that provides sheets ranging from cotton to tencel and french linen. See SandmanBed.com for rules.

«We were at the Las Vegas Furniture Market ordering our new Fall Mattress Mattress lineup when we saw the opportunity to put a wager on the major Michigan teams to win it all,»  says Joey Amato, CEO of TrueSleep.

TrueSleep is a Michigan based sleep retailer, built around a scientifically proven diagnostic system that helps people find the right mattress the first time. They believe creating an individualized sleep system with a base, mattress, pillows and sheets that work together will give people the best night’s sleep. TrueSleep has one of the largest selections of pillows in the state. TrueSleep has locations in Kalamazoo, Muskegon, Lake Orion, Troy, Shelby Twp., Woodhaven, Warren and Aurora, OH.

Overview of the European Carbon Fiber Market 2021: Surge in Demand from Automotive and Aerospace Applications