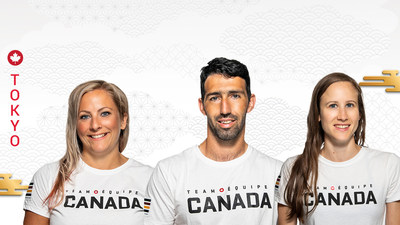 Hennessy started Para canoe only last year, and has made an impact right away. She earned her Tokyo spot thanks to her performance at the World Cup event in Hungary in May, finishing fourth in the women’s VL2 category race. It was Hennessy’s first international competition.

«I’m so honoured to be part of the Tokyo Paralympic Games team, and to push beyond my limits, to fight for excellence, to represent Canada on the world stage, to compete with the best of the best, and above all, to inspire others with disabilities,» said Hennessy.

Nelson qualified a place for Canada with a fifth-place finish in the KL2 race at the 2019 world championships before securing her spot in the boat at the Canoe Kayak Canada Olympic and Paralympic Trials earlier this year. She entered the Para canoe world for the first time in 2017 after discovering the sport at the Canadian Paralympic Committee’s Paralympian Search event in Toronto.

«I’m extremely proud of how far I’ve come,» said Nelson. «I’m very excited to be a part of the 2020 Paralympic Games.»

St-Pierre also secured his place on the Tokyo team with his result at the recent World Cup in Hungary in May, a fifth-place finish in the men’s VL2 race. A member of the national team since 2017, St-Pierre has two world championship appearances to his name, finishing seventh in 2018 and 11th in 2019 in the men’s VL2 200m.

«I am very proud of the team we have going to Tokyo and know they have prepared for performance,» said Para Head Coach Marc Creamer. «We have a mix of international experience however this will be the first Paralympic Games for everyone. The support from their teammates and home clubs will fuel the fire for their best performances as we compete on the biggest stage.»

Para canoe is a new sport within the Paralympic program, making its debut five years ago at the Rio 2016 Games. The program has been expanded for Tokyo to include both kayak and va’a boats and additional athlete slots. Canada is looking for its first Paralympic medal in the sport.

«Congratulations to Brianna, Andrea, and Mathieu on qualifying for their first Paralympic Games!» said Stephanie Dixon, chef de mission, Tokyo 2020 Canadian Paralympic Team. «This is a remarkable accomplishment, and I am so happy to welcome them to the team. Competing in the Paralympic Games for the first time is a dream come true for any athlete, and all of Canada will be behind them as they race in Tokyo.»

The postponed Tokyo 2020 Paralympic Games will take place August 24 to September 5, 2021 in Japan. Canada is expecting to send a team of approximately 130 athletes, and audiences across the country will be able to follow all the action live through coverage from the Canadian Paralympic Media Consortium, including broadcast partners CBC/Radio-Canada, AMI, and Sportsnet, and digital partners Twitter, Facebook, and MXZN.