WASHINGTON, Aug. 12, 2021 /PRNewswire/ — It was a scene that was right out of a movie, as a local corn and soybean farm was transitioned into a party venue in which New York City firefighters mingled with local farmers and cheered on the New York Yankees who were playing in the MLB at Field of Dreams in an Iowa cornfield that was featured in a real blockbuster movie. 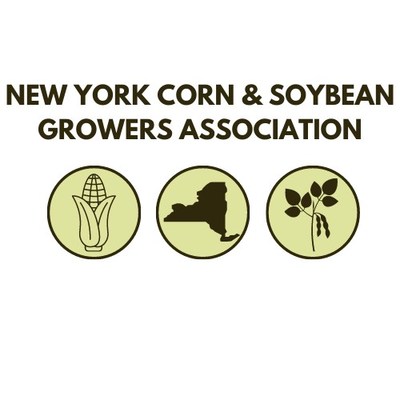 Major League Baseball hosted the game, featuring the Yankees playing the Chicago White Sox, in a stadium in Dyersville, Iowa, that is next to the cornfield-turn-ballfield that was the focus of the 1989 movie, «Field of Dreams,» starring Kevin Costner. The National Corn Growers Association is a sponsor of the event. The New York Corn & Soybean Growers Association decided to amplify the spirit of the game by inviting firefighters from the Big Apple to join in the fun.

«This game is designed to honor farmers and baseball,» said New York Corn & Soybean Growers Association Executive Director Colleen Klein. «Because of the collaborative work our organization did with the FDNY providing meals to first responders in New York City last spring, we wanted to invite them to celebrate with us as well. Inviting city firefighters was in keeping with the theme of rural and urban people coming together on one field.»

Farmers and firefighters mingled over food and drinks as they watched the game, which was broadcast nationally on Fox. The firefighters said the event was a once-in-a-lifetime experience.

«This is an event that we will remember for years to come,» said Lt. William Fitch, with the New York City Fire Department. «It was so much fun to learn about the work of New York corn and soybean farmers and then join them to cheer on the Yankees.»

The firefighters also toured a corn and soybean farm prior to the game, where local farmers demonstrated the equipment they use to plant and harvest corn and soybeans and talked about the many uses of the crops.

«New York is an incredibly diverse state,» Klein said. «There are so many people – from farmers to firefighters to baseball players – who keep this state going and interesting. But no matter where you’re from in the state, you’re going to root for the Yankees.»

Major League Baseball constructed the new 8,000 seat ballpark 500 feet from the field featured in the movie. The game was initially planned to occur in the summer of 2020 but was delayed because of COVID-19.

New York Corn & Soybean Growers Association:
The New York Corn & Soybean Growers Association represents the interests of more than 200 growers and agribusiness professionals across New York State. With more than 1,000,000 acres of corn and 315,000 acres of soybeans planted annually in the Empire State these combined commodities make up the highest agricultural land base in the state. Our grassroots policy approach strives to afford farmers the opportunity to be the best stewards of the land they can be while supporting initiatives for increasing environmentally sustainable practices and protecting existing tools known to be safe and effective.