AUSTIN, Texas, Aug. 23, 2021 /PRNewswire/ — C4® Energy, the rapidly growing performance energy drink created by Nutrabolt, a global leader in active health and wellness, aims to be the catalyst to your best self  by unlocking the fire inside all of us with the brand’s first-ever global advertising campaign, «Ignite Your Fire.» The campaign reveals what ignites the fire for C4® Energy’s sponsored athletes and influencers including top NFL® draft picks Justin Fields and Kyle Pitts; NBA® breakout star Lonzo Ball; WNBA® phenom Te’a Cooper; WWE® Universal Champion Roman Reigns and superstars Bianca Belair and Mandy Rose; and celebrity trainer, and C4® Energy’s Chief Fitness & Business Ambassador, Ron «Boss» Everline.  In a series of raw videos, each star shares their personal story of what drives them to strive for greatness and keeps them from giving up despite the naysayers, critics, and their own self-doubt. The campaign also highlights how social media personality Adam Waheed and Dancing Weatherman Nick Kosir were able to achieve success by igniting their own fires with C4® Smart Energy. 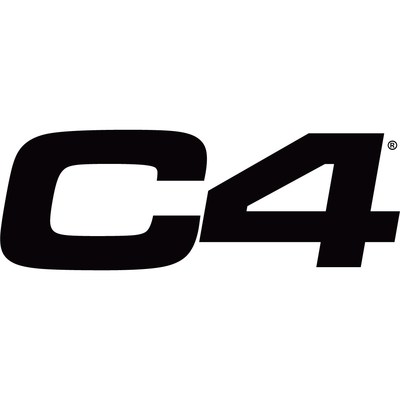 «Our mission is to innovate, inspire, and make products that maximize human potential accessible to all,» says Doss Cunningham, Chief Executive Officer of Nutrabolt. «Through the debut of our first-ever global advertising campaign, we get to showcase our incredible family of athletes and partners. By sharing these individuals’ stories of perseverance, we hope to inspire our fans to find what drives them, provide that extra boost of energy when needed most, and defy the odds to come out on top.»

The hero spot, a 60-second compilation, features C4® Energy’s athletes each delivering a singular but powerful line that defines who they are instead of what people say about them. The video continues in rapid succession with a strong action sequence, showing each individual in their element, be it on a basketball court or in the ring. By showcasing each athlete’s personal journey, C4® Energy acts as an enabler for users to reimagine their own limits, unlock their potential, and ultimately become the best they can be.

The «Ignite Your Fire» hero ad can be viewed HERE.

Each athlete was selected for their innate talent but more importantly how they defied the odds, overcoming countless setbacks and never quitting. The campaign celebrates these triumphs and their personal fires, that relentless pursuit to be the very best.  Ron «Boss» Everline suffered loss at an early age and channeled his energy into becoming one of the most sought-after celebrity trainers, while Te’a Cooper sustained injuries, team changes, and still performed at the highest level during her rookie year, landing her with one of the top WNBA teams in the nation: the Los Angeles Sparks®.

«We believe in the limitless potential of human performance and one’s unrelenting determination to achieve,» says Rajaa Grar, Chief Marketing & Digital Officer of C4® Energy. «The goal of the Ignite Your Fire campaign is to illustrate that anyone can spark their own fire and succeed despite naysayers and obstacles. Through the campaign, C4® Energy hopes to inspire fans to reimagine their daily limits and tap into their inner potential, fueling them with the better-for-you energy they need to reach peak performance.»

Created by Times10, a creative and branding agency known for their bold work, the campaign will begin rolling out today and continue throughout the fall with out-of-home billboard and mobile digital displays in Austin, Chicago, Las Vegas, New York, Phoenix, and San Antonio; a dedicated social media content series; digital media; regional broadcast; and nationally on YouTube. Fans can also view the digital spots in key markets including New York, Miami, Los Angeles, Chicago, Austin, Phoenix, and Las Vegas. As part of the campaign, C4® Energy will host Ignite Your Fire experiential sampling activations around major sports and entertainment events, including being the official Energy Partner of NYC Summer Stage Central Park and WWE SummerSlam in Las Vegas, NV.

C4® Energy is available in all 50 states, internationally, and online at C4Energy.com. To join the social media conversation and receive tips from top trainers, visit C4® Energy on Instagram, Twitter, and Facebook at @C4Energy.

About Nutrabolt
Nutrabolt is a global leader in active nutrition and better-for-you performance beverages, known and trusted by millions of active individuals, fitness fanatics, elite athletes, and people looking to optimize their performance in all aspects of life in and out of the gym.  The company’s portfolio includes industry-leading sports nutrition brands: Cellucor® – the original maker of C4®, the best-selling pre-workout in America, and XTEND® – the number one BCAA brand in the world.  The C4® product line has recently transcended the sports nutrition market to become one of the fastest growing performance energy beverages in the nation while accelerating its market share expansion within the sports nutrition category. Nutrabolt’s portfolio, which is distributed in over 150 countries, is sold through the company’s own e-commerce platform, and is available at leading retailers across the nation, including Walmart, Publix, Amazon, 7-Eleven, GNC, Target, Kroger, Walgreens, and the Vitamin Shoppe.